Going to Akademy, too ;)

Like Dominik, I will be around the whole Akademy, too.

Looking forward to see new and old friends, lets have a productive week there!

In the past, KTextEditor notified the user about externally modified files with a modal dialog. Many users were annoyed by this behavior. 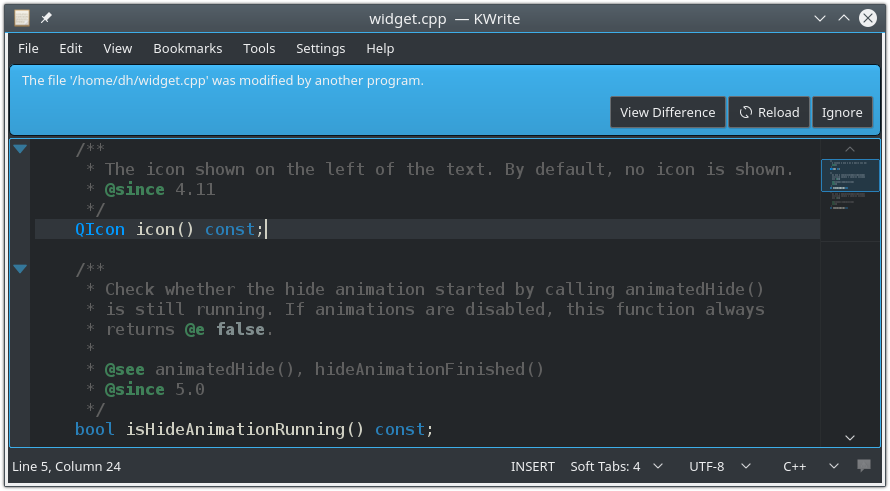 Dominik and me got the Akademy 2016 Award for our work on Kate and KTextEditor. 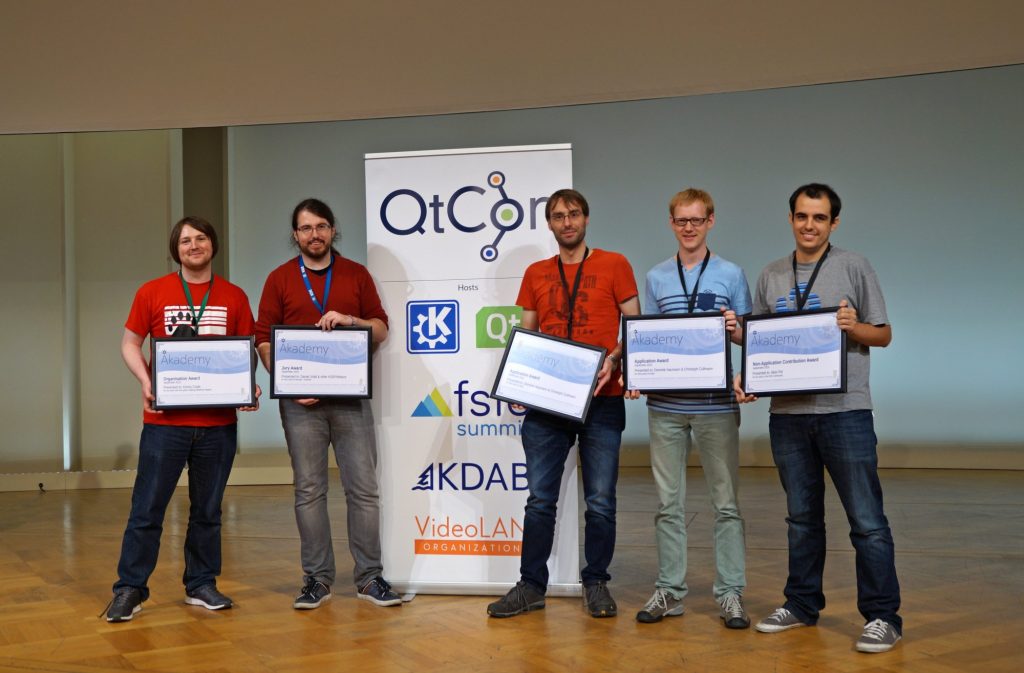 I want to pass that on to all other contributors of both the application and the framework: You all rock and people seem to appreciate our work!

Lets keep on improving our stuff and providing people with a very usable editor and editor component for various use cases.

Already met some other KDE & Kate people, lets see how the week goes.

The KTextEditor Framework just got a new features for the next KDE Frameworks 5.24 release: A Text Preview on the vertical scrollbar. If enabled in the options, the KTextEditor now shows a preview of the text when the mouse hovers over the scrollbar. The feature is available both when the minimap is used and also when the standard scrollbar is used. The text preview is only visible when vertical scrolling is possible. [Read More]
planet  sprint