KatePart is originally based on code from the KDE 1 richtext editor widget, but has been almost completely rewritten over the years. It is the default text editor widget in Kate and KWrite and also the default to display text in Konqueror. A lot of other applications use it as text editing component, too, like KDevelop. 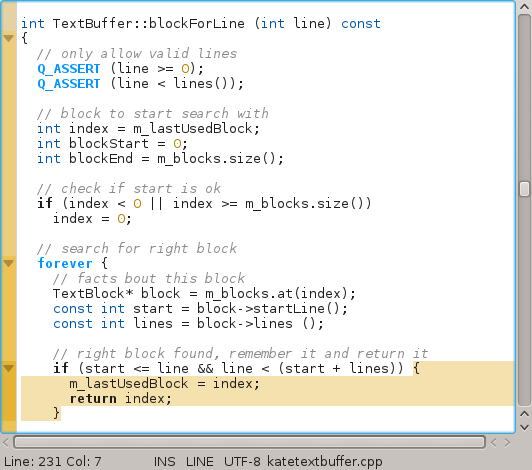 KatePart is developed under a Open Source license to keep it available to the public and usable for other Open Source projects.

It is part of the kdelibs maintained by the KDE Project since KDE 3.0 and is released under the GNU Lesser General Public License (LGPL) Version 2.